Once in a Lifetime Total Solar Eclipse 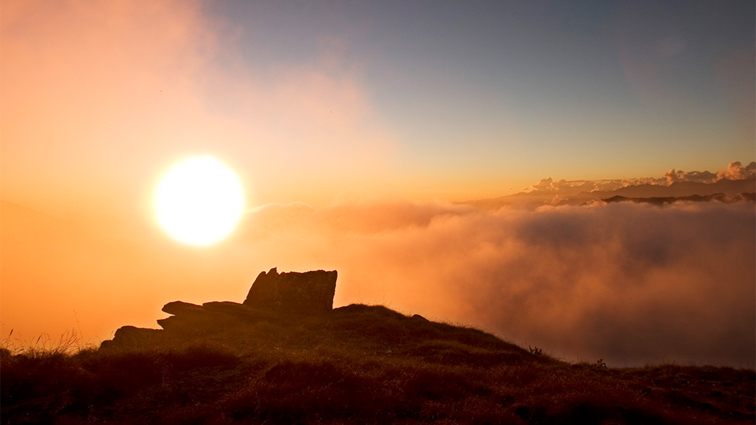 A rare opportunity for Meditation

A once in a century solar eclipse is spanning North America on Monday, 21st August 2017. A total solar eclipse can be observed across the United States along a coast to coast path. The maximum duration of this total eclipse lasts 2m 40s. The exact time period of this eclipse will depend upon the latitude and longitude of your location, but if you are not on the path of totality then the eclipse will be partial depending upon your distance from the path of full eclipse. For example, a partial solar eclipse will take effect in Los Angeles, California from 9:05am until 11:44am with peak eclipse at 10:21am in the morning.

The link below provides extensive details about this major eclipse:
https://eclipse2017.nasa.gov/

An alternate summary and animation can be accessed in this link:
https://www.timeanddate.com/eclipse/solar/2017-august-21

You may use the location guide to determine the nature, extent, and time duration of the eclipse relevant to any particular place using either of these two links. Herein you may also study finer details, such as how the exact view depends on the elevation of the observer.

This eclipse is better watched with protection for the eyes, because if you watch the sun before totality you may catch a glimpse of the brilliant solar surface and this might cause retinal damage. Solar eclipse-safe telescopes or protective solar eclipse goggles can be used just to be safe, not regular sunglasses. Please study the link below if you are indeed planning to look at the eclipse. It is advisable to use the correct type of protection.

In general, eclipses indicate an interruption of the energy of the luminaries and hence are deemed as important events for life on Earth. The effect of an eclipse on each individual is different and depends on their particular position or placement of luminaries at the time of birth. This is calculated accurately by Sanskrit-based Jyotisha, which astronomically maps the coordinates of the celestial bodies of the solar system at the time of birth using the Vedic soli-lunar calendar.

Typically the effects last for three to six months if the eclipse is of particular significance to an individual, whereas it can even last for up to a year if relevant to a country. If and how an eclipse affects an individual is a specific and detailed calculation and is in itself a vast subject. An eclipse of this magnitude influences life across the entire globe to varying degrees. It impacts in a way that the effects do not necessarily manifest quickly, but develop over the subsequent months. However such effects which are out of our control can be best mitigated at the personal level by way of contemplation or meditation.

Whereas eclipses and their effects have been feared by most traditions and cultures, meditators patiently wait for such moments to come forth. This is because the depth and power of meditation increases manifold during an eclipse. An event like this brings an excellent opportunity for enhancing one’s spiritual practice.

Regular and persistent practice of meditation can be made to culminate in a new level or in the attainment of a special result, a siddhi, from an eclipse. From this perspective, a total eclipse is a greater opportunity to excel in meditation, while a partial eclipse is somewhat less of an opportunity but nevertheless still worthwhile. Seekers in countries where the eclipse is only partially visible can still embrace the meditation practices even though the effects will be milder; however, if the eclipse is not visible at all, the meditation benefits do not multiply.

For a meditator to gain the maximum advantage, Sanskrit literature and tradition suggests fasting for 12 hours ahead of the start time for a solar eclipse (and fasting 9 hours in the case of a lunar eclipse). This is of course difficult to practise with the modern lifestyle, especially when working during the day. However, some of the other aspects of preparing for an eclipse could perhaps be done, such as fasting during the entire eclipse period and even abstaining from drinking water during the eclipse. One can drink just enough water ahead of time so that the contemplative practices during the eclipse are not interrupted. Those not able to fast can have a light snack in the early morning. Food and drinks are not taken during or at the beginning of the eclipse.

It is traditional among those who follow the eclipse routine to take a wash (a shower) right before the onset of the eclipse and then take another shower just after the end of the eclipse. The two showers are associated with two changes of fresh clothes, and is known as a samputi system of locking the energy of the eclipse through a customary cleansing. Taking rest after the second shower would be deemed normal. Fasting can be ended right after this shower and change of clothes. A well-structured pre-planned meditation is usually better practised indoors in a familiar surrounding remaining on one’s own seat of repose (āsana).

It would be wise to make sure that at least one complete meditation session is done. The peak eclipse in the middle is the most intense. Therefore for those planning to meditate during the eclipse or preparing to intensify their existing contemplation, please plan your practice to maximize the overlap with the period of the peak eclipse period. One might need to extend the meditation time by repeating one’s usual meditation techniques a number of times. In that case, repeating a sequence an odd number of times (such as thrice) is better than an even number. However, the depth and quality is more important than mere repetitions.

This is a summary of relevant recommendations from the Sanskrit literature. We earnestly wish that, if feasible with your plans, you are able to avail of this opportunity to intensify your personal contemplation or meditation practice. Don’t miss this rare opportunity.