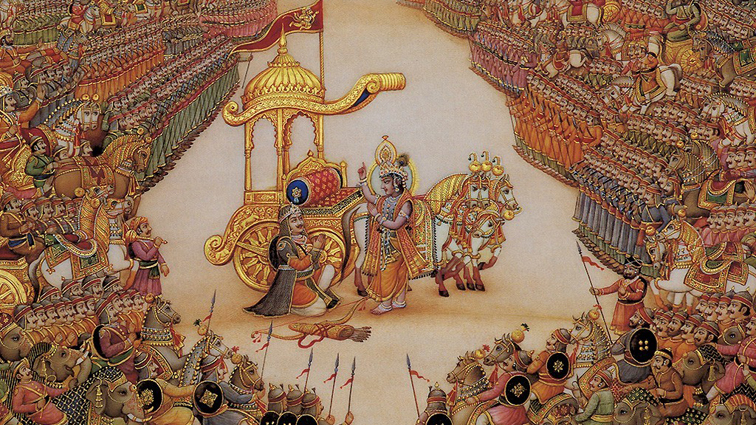 There are situations in life that present dilemmas about when to act or to refrain. There can be moments of confusion clouding the discernment thus impacting the decision about what is a value added action and when to enact. The dilemma of indifference versus intervention can be resolved by invoking the teachings on when to be proactive or corrective. In this instance the teachings of Yoga philosophy are an extant resource. The sacred Sanskrit texts of Srimad Bhagavad Gita and Hiranyagarbha Sutrani offer clear guidance on this subject.

The question then arises with regard to vicarious participation during violent actions. Can one be deemed an indifferent witness to a violent action? Should one do nothing in such a situation and simply be a disinterested observer? The wisdom teachings deem such a vicarious onlooker to be a responsible participant in a harmful situation. Even though the onlooker may not be deemed as responsible as the person directly inflicting the violent action, this onlooker cannot be a disinterested witness because the mind is negatively affected.

Moreover, watching a wrongful act and doing nothing excites and inflates the ego, which ultimately weakens the will. Therefore, in this situation, an intervention is indicated. Simply making a rash response is not the guidance. A wise corrective intervention that is not bereft of understanding is needed. This wisely proactive response is a deliberate corrective measure based on a deeper understanding of the individual situation. This intervention is aimed at removing the long-term effects of being a vicarious participant in a harmful action and does not contradict the attitude of indifference toward the non-virtuosity.

A meditator or a seeker of spiritual philosophy is able to discern this subtle distinction and take wisely proactive steps to counter the harm. Such a person remains balanced by being neither reactive nor inactive. This honourable presence is verily the clarity of perceptivity and sensitivity that guides a wisely proactive action. It is also a conclusion of the cardinal spiritual philosophies that meditation gently resolves the issue of right or wrong.